I received the March Sweet Reads Box for free to review but all opinions are still my own.

I’ve been talking about Sweet Reads Box here since it launched last September and I feel like it’s high time we got to know a little something about the Toronto-area couple who started it and some of the behind-the-scenes work that goes into putting the boxes together each month. (If it’s the first you’re hearing of it, Sweet Reads Box is a monthly subscription box service that includes a novel and four or five treats tied to the story and its characters.) I’ll be chatting with founders Kerrie and Mark in a couple of weeks and I’d love to hear what you’re curious about. What questions would you like me to ask? While you’re thinking about it, let’s take a look at what’s inside the March box. 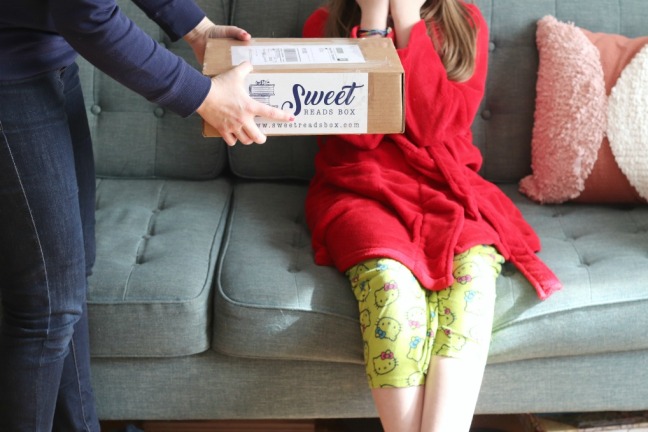 I let my daughter open the box, if only to pause Full House for a minute. (She’s working her way through all eight seasons for the second time and it’s like have mercy!)

Each box comes with a guide to the contents, with a quote hinting at the theme of the book on the reverse. This month’s includes a quote from John Steinbeck: “Once you have lived in New York and made it your home, no place else is good enough.” 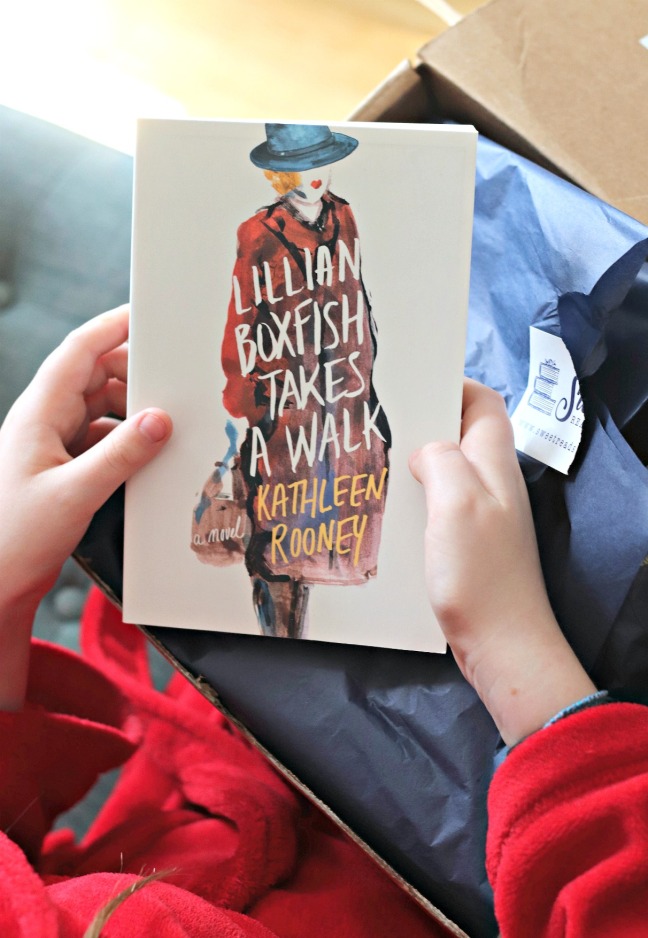 Someone recently asked me on Instagram if you get to choose the books in advance. For Sweet Reads Box you don’t, and that’s one of the things I like about it because sometimes you’re introduced to books you haven’t heard of or wouldn’t pick up otherwise. This month’s choice is the first time I’ve heard of it, but it does sound like something I’d enjoy. And with a strong female lead, a fitting pick for this month’s International Women’s Day.

“Lillian Boxfish Takes a Walk by Kathleen Rooney caught our attention with such an unusual title,” say Kerrie and Mark. “We were intrigued by the life story of a most unusual woman in New York City. Lillian is a successful poet and was the highest paid advertising woman in the country, at the height of her career. Now in the twilight of her life, Lillian has decided to experience New Year’s Eve on her own terms in the city that she can’t live without. Walking around Manhattan, Lillian reflects on the years and experiences that have brought her to the end of 1984. The author has created two remarkable characters, the City and Lillian that kept us wondering what would happen next. Moving seamlessly from past to present and back again we fell in love with this story of the evolution of Lillian and New York.”

Lillian likes Oreos, so Kerry and Mark included this cookies and cream fudge from Ontario’s Kawartha Lakes Fudge Company. We quickly made work of the entire thing and it was delicious.

And from Naked Teas Galore, Organic Cosmopolitan Tea. “Prohibition is in effect in the 1930s but it doesn’t stop Lillian and her friends from enjoying a few cocktails. We couldn’t put alcohol in the box we we found this tea with cranberry and lime just like the drink.” I think it’ll be refreshing over ice just as soon as the weather warms up.

Lillian is a big walker and Kerrie and Mark imagined she might carry a tote like this one on her outings. (Custom tote from Vistaprint.)

The idea behind Sweet Reads Box is “me time” delivered, so this lip balm from Walton Wood Farm couldn’t be more perfect. (I wouldn’t be surprised if we see it again in a future box.) It’s the “Me” Time Mojito Magic Formula lip balm and it smells and feels lovely. “Lillian is so fond of her shade of lipstick she purchases the remaining stock when it is discontinued,” say Kerrie and Mark. 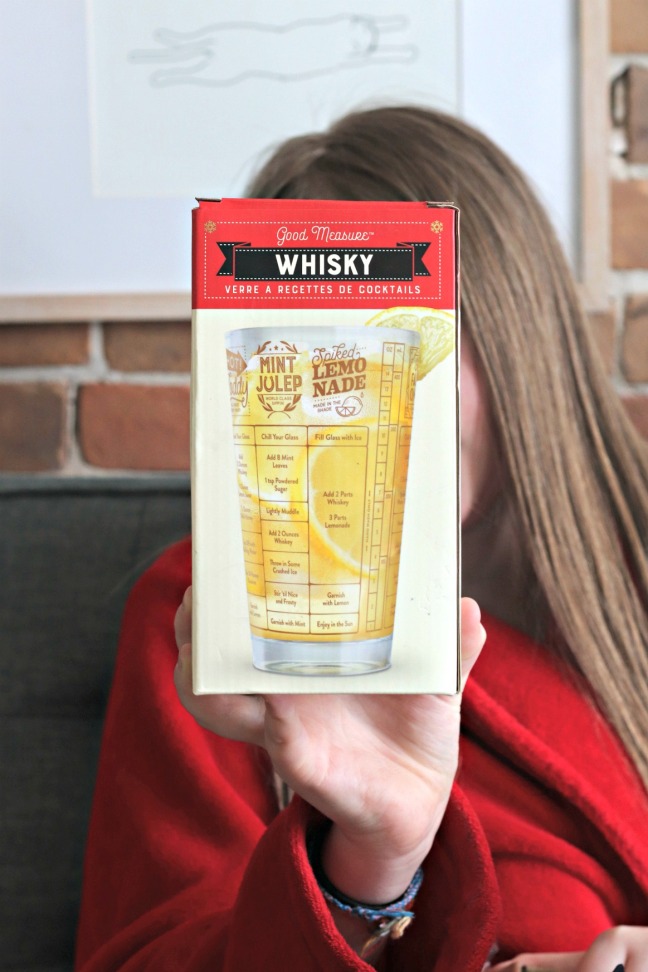 And lastly, the Good Measure Whisky Glass from Fred and Friends. “Lillian and her friends could have used this glass to create the cocktails they enjoyed during Prohibition in NYC. With cocktail recipes on the glass, you can recreate the days of the Speakeasy.” What a neat idea, eh?

I’ve said it before, but one of the big selling points of the Sweet Reads Box for me is that everything in it is something you can use, share and/or easily find a home for. I love being introduced to books and treats I might not otherwise find and the thought and care that Kerrie and Mark obviously put in to make sure everything ties in to the story. A single box costs $54.99 CAD + shipping, with a 10% discount on three- and six-month subscriptions. I know it’s been consistently selling out month after month — April’s is already sold out, so it you want in on May’s you’ve gotta be quick!

What do you think of the March box? What would you like me to ask Kerrie and Mark?

A Labour of Life

A Year of Boxes

The Best of This Life