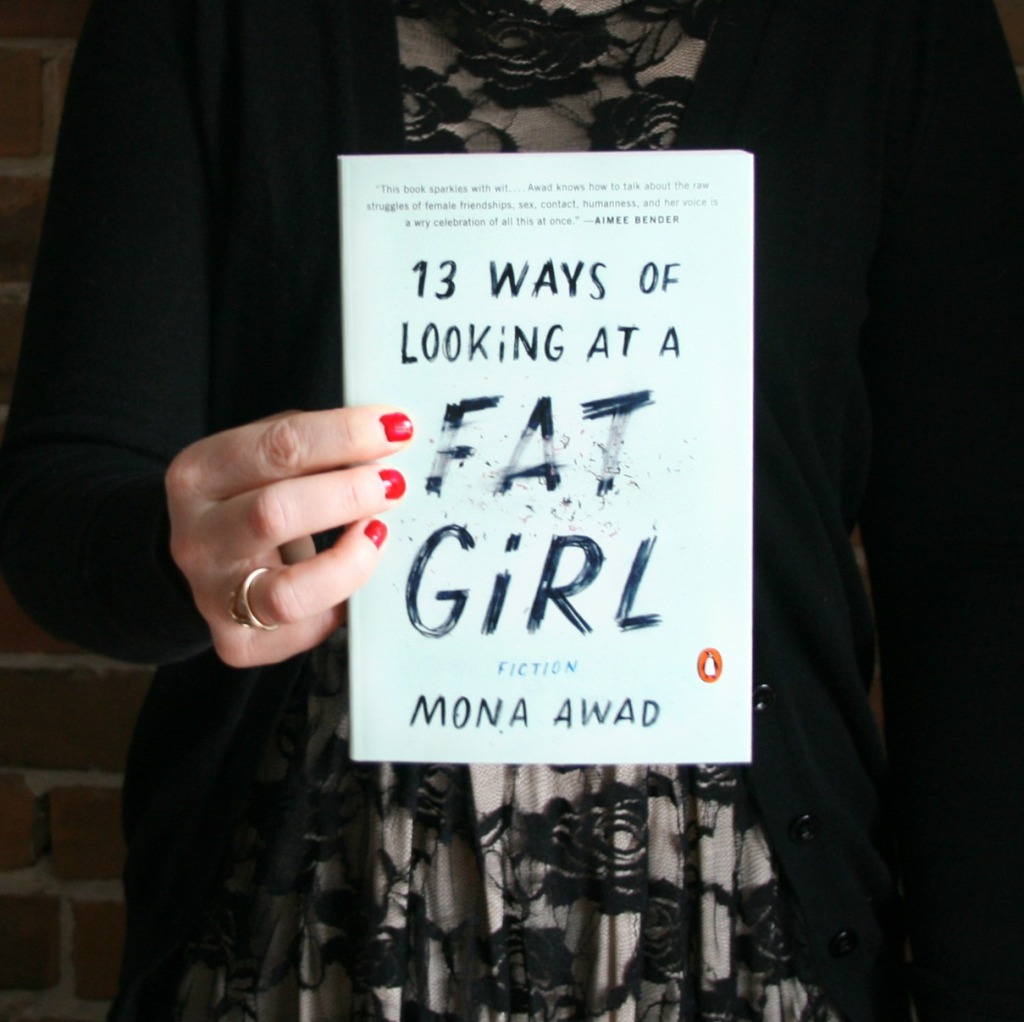 13 Ways of Looking at a Fat Girl by Mona Awad

The last time I looked at my teenage diaries — years ago during one of our half-hearted attempts to clean the basement — I was struck by how many times I’d written I feel fat. I’ve always tried to hide my low self esteem and crappy body image (true whether I was “average” or severely underweight) but there it was spelled out over and over in black and white. Despite years of therapy, it’s still true today: most days I look in the mirror and I hate what I see. I’m ashamed that I’m not thinner. Ashamed that I’m not happier. Ashamed that I’m not the social butterfly I always feel I should be. (As if being introverted is somehow less than.) All of which made Mona Awad’s 13 Ways of Looking at a Fat Girl difficult to read, because I saw myself in it more than I thought I would. It’s the story of Lizzie (later Beth, Elizabeth, then Liz), a fat girl who’s never liked the way she looks. In 13 short stories we see her in various stages of her life, from her teen years growing up in Mississauga (aka Misery Saga) with her unsettlingly promiscuous friend Mel, to her early working and dating years (“Archibald doesn’t take me to dinner, but at least I can be naked with him”), her married life as an anorexic and her (slightly) later years heavy again.

It’s disturbing to see yourself in someone with such self-loathing, someone whose relationship with her weight has such a profound effect on her relationships with friends, boyfriends, parents and colleagues. Like Elizabeth, I’ve watched cooking shows with my mouth stuffed full of dessert-flavoured sugar-free gum, jotting down the ingredients for recipes I would make but never taste; worn stifling cardigans in the summer because I loathed my arms; and visited a store again and again to wrestle with a dress until (triumphantly!) it fit — if by “fit” you mean something you’d need the jaws of life to get out of. But unlike her, I’ve never harboured rage for people seemingly able to eat anything they wanted (jealously yes, but not RAGE) or had to search through racks of gaudy plus-sized clothes for The Least of All Evils.

Although it’s funny in parts, 13 Ways of Looking at a Fat Girl is not the hilarious book I was expecting to read based on the blurbs on the back cover. In many places it felt so personal and raw that I felt like I was invading the characters’ privacy by reading it. Like I had no business knowing Lizzie’s mother smelled heavily of perfume and BO and that this same distinct scent was on the dress Lizzie picked up from the dry cleaner’s to bury her in. Which doesn’t mean it’s not a worthwhile or interesting or moving read — it’s all of those things! — but it hit awfully close to the bone. There’s also a lot that’s unsavoury (i.e. Lizzie’s sexual encounters) and off-putting and just plain sad. Namely that a woman’s sense of self-worth is too often determined by the number on a scale. I want hope in my stories and I feel like there’s not much here. But truth, well there’s that in spades.